Newest McCarran Security Fast-pass to Depend on Biometrics, Memberships

Great news for frequent travelers at McCarran International Airport!  Beginning later this summer, you could be making your way through airport security checkpoints much faster than ever before.  A New York based technology business named Clear announced yesterday that McCarran will be the 10th airport where travelers can use a Clear Card to fast-pass through airport security checkpoints.

Clear uses government-approved, advanced-biometric technology (fingerprints and iris recognition) to verify member identities.  See below photo for a look at the Clear Kiosk.  These member-only kiosks are expected to launch at McCarran in mid-August.  For an annual membership fee of $179 (add $50 annually for a partner), Clear members will get through security screening checkpoints in typically less than five minutes.  There are currently more than 300,000 Clear members nationwide who have used its system nearly two million times for travel. 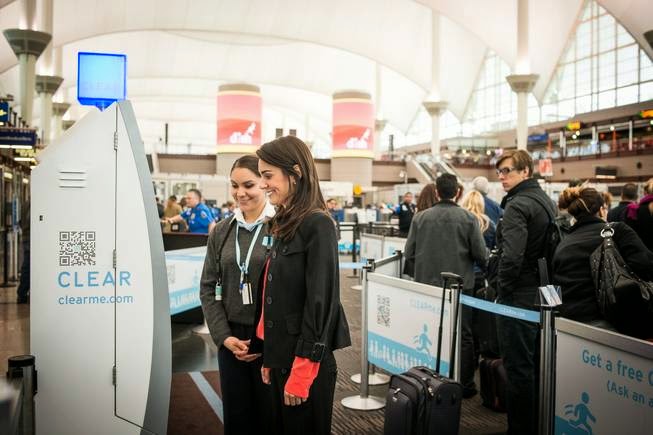