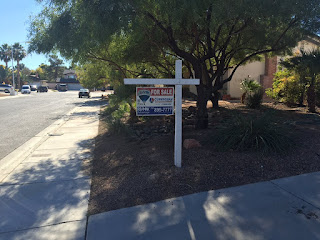 1. Planning as you go. A lack of planning is the biggest mistake you can make. You need first have a plan, then find a home that fits your plan. You need to look at it as an investment strategy and not just a transaction.

2. Thinking you'll "get rich quick." Real estate comes with a long term strategy. Make sure you understand that your investment is for the long haul and won't be a quick turnaround. Knowing your risk tolerance before you start can help you make smarter decisions.

3. Playing Lone Ranger. A key to being a successful real estate investor is creating the right team of professionals to help you. Creating a successful relationship with a real estate agent who specializes in investors such as Kyle Cunningham is a key to starting a great team. Also creating relationships with an appraiser, a home inspector, a closing attorney and a lender, both for your own deals and to assist with financing for prospective buyers will help round out your team. Kyle is also able to help you build your team through his past experience.

4. Paying too much. The biggest reason investors don't always make money is they pay too much for the property. By working with Kyle Cunningham, you will be working with someone who specializes in investment properties and property management and can ensure you are getting a good deal from the start to make money later on. He has lived in Las Vegas a majority of his life so he knows the city and knows the market.

5. Skipping homework. In addition to working with Kyle, you also need to spend some time learning about real estate investing. Make sure you understand what you are spending your money on. This will ensure both you and Kyle are able to help you invest in the right property at the right time.

6. Ducking due diligence. Investors often have to move very quickly on their deals. That doesn't mean they sign a contract and write a check without plenty of research, though. Not doing their due diligence about the deal, the costs or the market conditions, and they wind up draining their personal savings because the house needs extensive repairs or they can't sell it. You can't just assume the property will appreciate.

7. Misjudging cash flow. If your strategy is to buy, hold and rent out properties, you need sufficient cash flow to cover maintenance. Some people think they can manage the property on their own, but it takes a lot of work. We also offer property management services. We have a field technical who handles a large variety of maintenance tasks or our resident manager will dispatch someone to fix the problem such as a plumber, electrician, etc. Our property management team offers you peace of mind with your investment so you know it is in good hands.

8. Lowering the volume.If you're working on one deal at a time, you're doing transactions, not running a business. You need a steady pipeline of prospective deals; sufficient volume will weed out the marginal deals and let the good ones rise to the top.
9. Putting yourself into a corner. Many people buy a property and get stuck with it because they only have one exit strategy. They're going to sell it or they're going to rent it out. What if it doesn't sell? What if the rental market stalls? Always have two, if not three, ways to get out of any deal. For example, if plan A is to rehab the house, put it on the market and resell it, then plan B could be to offer a lease-purchase to a buyer. Plan C might be to hold the house and rent it out. And as a plan D, there is the wholesale option, which would involve selling to another investor at a below-market price. Hopefully, you'll still make a profit, but at the very least, you'll cut the losses you're taking every month in carrying costs.

10. Miscalculating estimates. Once you've done your homework, double the amount of time and money you think it will take. If you can still make money then, it's a good deal.

According to a recent Review Journal article, Bill Foley has shifted his sights to building a practice facility in northwest Summerlin off Far Hills Avenue instead of at Warm Springs Road and Durango Drive. The progress was moving slower than he had hoped and he wants a rink ready for the 2017-18 season in hopes of the NHL approving an NHL team for Las Vegas.
The facility still needs to be approved by the city, but it is a private deal so the city will not be responsible for the building or own the building. Ideally the project can be approved in the next few weeks and start moving forward.
Clark County commissioner Steve Sisolak said the move caught him by surprise. “We had been working very hard with Bill on this and I even wrote (NHL commissioner) Gary Bettman a letter about the project,” Sisolak said. “I thought the Warm Springs-Durango location was a great spot for his practice facility. It’s disappointing, but I still hope we get a team and I’m not giving up my season tickets.”
Check out this Review Journal article from January to see Key Dates from the past couple of years as Las Vegas tries to move closer to getting an NHL team. 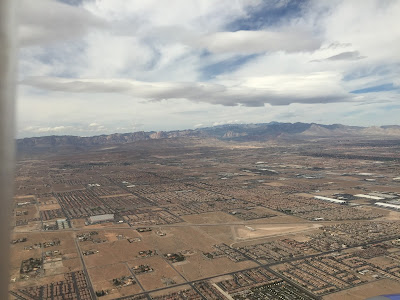 According to a recent Review Journal article, "the median price of a single-family resale jumped 7.5 percent year over year in the month, to $220,350, the Greater Las Vegas Association of Realtors reported last week. The median cost of a condominium or townhome swelled even more, gaining 15.7 percent to end February at $121,500. Sales strengthened too: Realtors closed on 2,676 homes through the association’s Multiple Listing Service. That was up 9.1 percent compared with 2,452 sales in February 2015."
Association President Scott Beaudry said, "the figures probably mean a fair forecast for the market in months to come. Considering that we just made it through what is traditionally our slowest time of the year in the local housing market, I’d have to say we’re in pretty good shape. Our home prices and home sales tend to warm up with the weather, so I think we’re well-positioned to have a solid spring and summer. Unless something dramatic happens, I expect our recent trends of steadily rising prices and sales to continue this year.”
If reports like these continue to come out, we can optimistically look forward to a strong 2016. And looking back at 2015, every Las Vegas zip code saw homes appreciate. It is definitely a turning point for Las Vegas and we look forward to seeing the market going to become more stable and seeing people be able to purchase homes again.
Shawn & Kyle Cunningham
Cunningham Group at RE/MAX Advantage
shawn@cgvegas.com | 702-960-4819 Shawn
kyle@cgvegas.com | 702-960-4819 Kyle
Source: Review Journal
at 10:30 AM No comments: