This past Wednesday, research firm RealtyTrac reported that 62 percent of all August sales in Nevada were cash purchases. The vast majority of these purchases were made by investors, who are responsible for sustaining a high level of cash and investment sales in our local housing market. Comparatively in this same month, 45 percent of all home sales on the national level were made via cash purchases. 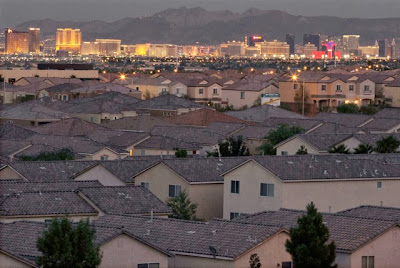 Source: REVIEWJOURNAL.com
at 2:56 PM No comments:

As of late, downtown Las Vegas has been receiving a lot of attention from stake-holding businesses and prospective homebuyers. Locals have rediscovered the downtown area as the city revives and renovates buildings and homes. Most are calling downtown's revitalization a "unique urban living experience" that celebrates homes and buildings with original features and distinctive architectural styles. The revitalization project also includes making roadways more pedestrian and bicycle friendly, with improvements to sidewalks and surrounding landscape quality.
A decade ago, people had to be convinced by the idea of moving downtown. Now with visible revitalization in place, people are now more eager than ever to explore the area and call it home. The revitalization of downtown businesses and neighborhoods has pushed buyers to purchase historic homes in the area with the intent to restore or remodel them. Also with growing demand to live downtown, restoration efforts have extended to the high-rise scene as investors buy rundown apartment buildings and breathe new life into them, encouraging further growth in the area.
The first phase of the city's $30 million beautification project will encompass the area from Las Vegas Boulevard to the south and east, Main Street to the west, and Stewart Avenue to the North. It is set to begin construction in early 2014.

Check out more info on the downtown revitalization projects: 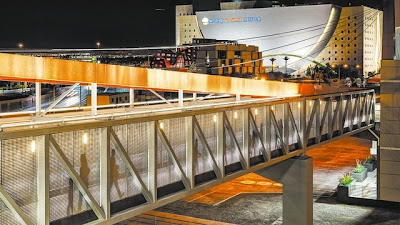 Photo: JAY ABRAMSON
Source: REVIEWJOURNAL.com
at 9:45 AM No comments:

As the economy improves in Southern Nevada, homebuilders in search of land for new development are looking to the Bureau of Land Management (BLM) to open new areas for housing. BLM has officially scheduled an auction on January 16 to sell 28 local parcels totaling at 440 acres. The auction will include a 248-acre region in northeast Las Vegas that is likely to entice many local homebuilders and master-plan developers.

Read more at the article:
http://www.reviewjournal.com/business/blm-slates-auction-sell-28-local-parcels-totaling-440-acres 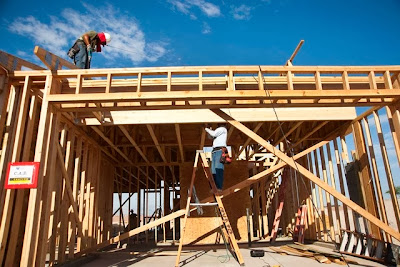 Source: REVIEWJOURNAL.COM
at 1:21 PM No comments:

Las Vegas among Cheapest US Cities for Home Rentals

Kiplinger, a financial news publisher, released a report ranking Las Vegas as the second-most affordable big city in the country for home renters. The Las Vegas Valley has the largest renter population and rental vacancy rate, as well as the highest income among renters of the 10 markets listed in the report.
Raleigh, N.C. is the only city in the report that placed ahead of Las Vegas because of its very low average rent of $640 and its affordable cost of living (7.4 percent below the national average). Las Vegas comparatively has an average monthly rent of $776 with a cost of living that is 0.1% below the national average.

Link to the article:
http://www.vegasinc.com/news/2013/sep/16/las-vegas-among-cheapest-us-cities-home-rentals/

Source: VEGASINC.com
at 8:50 AM No comments:

According to a recent report from Las Vegas-based Home Builders Research, the Valley's local home construction business had its best month of the year in August. This has been largely attributed to climbing sales prices, in which the median sales price of August's closings was $266,389, up 31 percent from last year. Builders have subsequently sold 5,027 homes this year through August, up 60 percent from the same period last year. New home construction plans are also continuing at a strong pace, as Builders gathered 673 new home permits just last month.

Link to the article:
http://www.vegasinc.com/news/2013/sep/16/local-home-construction-business-has-best-month-ye/
Source: VEGASINC.com
at 9:39 AM No comments:

Equilibrium is the key word in this news article, which suggests that the local Nevada housing market is still in attempts to reach a place of stability. Housing indicators, such as homes for sale and purchases with cash, are easing closer to the "normal" mark, according to the Greater Las Vegas Association of Realtors.

Check out the article for housing statistics and some detailed market info:
http://www.reviewjournal.com/business/housing/las-vegas-housing-numbers-show-new-signs-stability-report-says 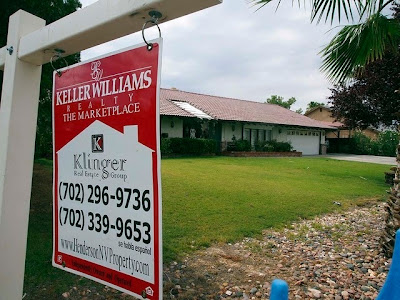 Source: REVIEWJOURNAL.com
at 1:48 PM No comments:

As most of us have already been made aware, investor activity has recently slowed on the market due to rising home prices and a more limited inventory of distressed properties. Now, the focus of buyers who purchased distressed properties in bulk is the challenge of making their investments worthwhile.

According to a CNBC report, investors made up 16 percent of home buyers in June, a drop from 22 percent in February. Colony Capital's Justin Chang stated, "What you're seeing in housing overall is a bit of a pause as the market digests what's happening. We are in the early days of a long recovery."

Source: REALTORMAG.REALTOR.org
at 1:27 PM No comments:

On top of being attributed to the slowdown in pending home sales, it looks as if high mortgage rates may also be an underlying factor for the increase in cash purchases across the national housing market. According to RealtyTrac's recent report, about 40 percent of residential property sales were all-cash transactions. RealtyTrac's VP, Daren Blomquists, suggests that rising rates could be leading to a higher percentage of cash purchases, while "some non-cash buyers can no longer afford to buy, particularly in high-priced markets."

Read more at the article:
http://www.dsnews.com/articles/rising-rates-prompting-action-from-cash-buyers-2013-08-29 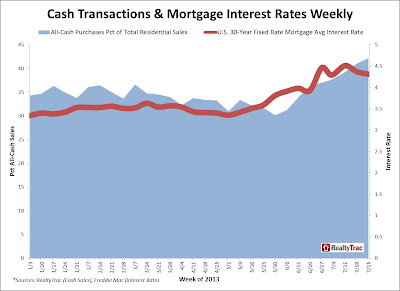 Graph: REALTYTRAC.com
Source: DSNEWS.com
at 9:12 AM No comments:

According to The Standard & Poor's/Case-Shiller 20-city home price index, U.S. home prices rose 12.1 percent in June 2013 from a year earlier, and the 24.9 percent gain in Las Vegas led among all 20 cities. The report released last Tuesday showed that all cities included in the home price index posted gains from the previous month and compared with a year ago.

Check out the article for more info:
http://www.reviewjournal.com/business/housing/las-vegas-leads-all-cities-249-percent-home-price-gain 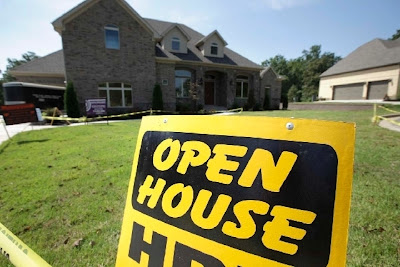 REVIEWJOURNAL.com
at 1:17 PM No comments:

A partnership wants to give Las Vegas its first new large-scale master plan since the recession. But the site being eyed has a cloudy history, and the state of the market could give it an unclear future.
The Olympia Cos., in partnership with New York investment groups Stonehill Capital Management and Spectrum Group Management, are looking to build out the 1,700-acre master plan at U.S. Highway 95 and Kyle Canyon Road that Focus Property Group was set to develop in 2007 before foreclosure scratched the idea. 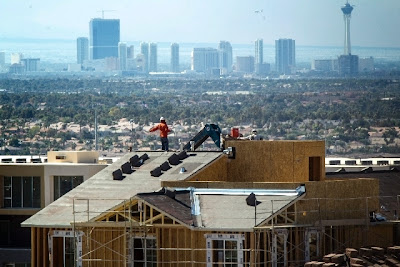 Photo: JEFF SCHEID
Source: REVIEWJOURNAL.com
at 11:07 AM No comments: