According to the Greater Las Vegas Association of Realtors, 70 percent of current used-home sales in Southern Nevada are traditional deals between buyers and sells. This number has jumped up 51 percent from just a year ago. Bank-owned homes make up less than 10 percent of sales today, a very different scenario from when they comprised almost half of all sales two years ago. GLVAR also claims that short sales comprised almost half of all transactions a little more than a year ago, but now make up a mere 21 percent of sales.
The improved market we see today is reflected in this shift of traditional deals dominating over short sales and foreclosures. Although investors are still buying and selling many properties here, the economy's continued recovery is helping Southern Nevada reach a more balanced housing market.


Check out the article for more on the story:
http://www.vegasinc.com/business/real-estate/2014/jan/21/sign-recovery-traditional-home-sales-now-dominate-/ 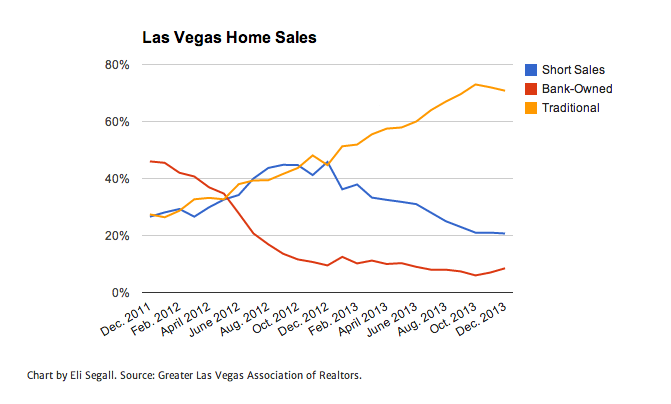 One of the most challenging aspects of property management is without a doubt the 'balance'. In many ways the role of a property manager is more complicated than it seems. In the strictest sense, we work primarily for the homeowner (or landlord) and not the tenant (or resident). However, we also have to keep our residents happy (within reason) so they renew and remain happy, good paying tenants. As you can imagine, often the two opposing requirements of my role are at odds. What happens when a tenant wants something that the owner will object to? What happens when an owner wants something that will anger the tenant? It is a metaphorical tug of war.

Case in point, one of our current residents (Bill), has had a near allergic reaction to actually reviewing his lease agreement. This happens more frequently than you'd think. Residents in single family homes have a significantly larger responsibility to take care of the property than a resident who lives in a multi-family apartment complex. Often, this is something the resident is resistant to understanding so we have to redouble our efforts with those who are "stepping up" from an apartment to a rental home. In apartments, almost everything is done for you. They even come to change your air filters. Not so in single family residential.

In this case, Bill frequently does things that directly run counter to the lease and takes little responsibility for taking care of the home. Most recently he decided that the owner should trim his trees and that it's not "his responsibility". Naturally, the communication from Bill was especially nasty (such is the norm in this job unfortunately). What Bill failed to realize is that the lease agreement specifically and repeatedly states that the resident's job is to maintain the landscaping (yes, including tree trimming). All Bill had to do was read the lease (preferably when he signed it). So again we come to the balance ... by reminding Bill on his obligations and declining to trim the trees for him, we have a tenant who is probably less happy but an owner who is more happy. This is yet another situation where my role as the "in between" benefits the owner. Instead of them having to deal with Bill's nasty emails, they have me to be the person who (gently but professionally) reminds Bill of his obligations.

Despite the challenge of dealing with tenants like Bill, at least he is a good payer on the rent (like 98% of our tenants, by the way). I can deal with a nasty tenant so long as they pay the rent on time and don't abuse the property. Dealing with challenges is my stock and trade.

New home sales in the U.S. for 2013 reached the highest level recorded since 2008. Even with a 7 percent drop in December, sales were up 16.4 percent for the whole year. The December low is attributed to severe weather that has occurred across many parts of the country. Although the weather may continue to put a damper on January sales, economists are "upbeat about the outlook for new home sales" and point out that mortgage rates are at a historical low. As the overall economy continues to gain strength and experience job growth, new home sales are expected to gain further ground in 2014.

Read more at the article:
http://www.reviewjournal.com/business/us-home-sales-pause-december-2013-best-five-years 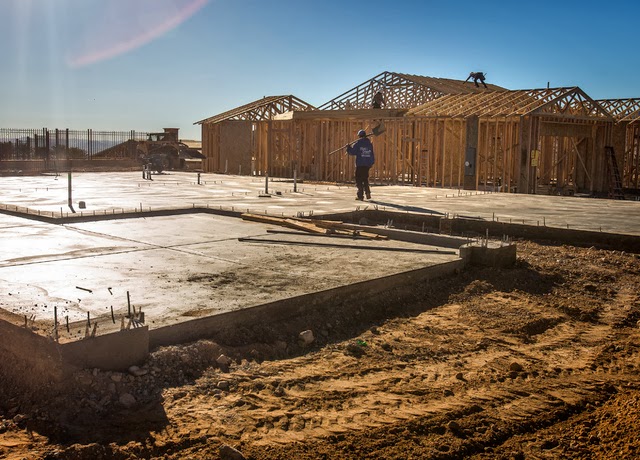 Photo: JEFF SCHEID
Source: REVIEWJOURNAL.com
at 10:50 AM No comments:

A fresh sign of housing market recovery arrived a little over a week ago when two new parks broke ground in Henderson on the same day as part of Inspirada's master plan. The plan originally launched in 2006 and failed due to the recession. It has since been revived by four of its original builders who agreed to buy out the project back in 2011 after it had gone through bankruptcy. The four builders are ready to begin large-scale construction again, and are slated to debut about 15 product lines and 40 models at Inspirada in 2014. According to the LVRJ, about 1,100 of the expected 8,500 homes have already been built.

In the video below, the Las Vegas Review-Journal interviews executives from Inspirada's four builders - KB Home, Toll Bros., Pardee Homes, and Beazer Homes. They discuss market challenges and hopes for their communities in the year ahead. Watch their discussion below to see what lies ahead for Inspirada.

Link to the article:
http://www.reviewjournal.com/business/henderson-parks-ground-breaking-signals-recovery-housing-meltdown

Source: REVIEWJOURNAL.com
at 9:37 AM No comments:

As prices continue to stabilize in the local housing market, realtors say they expect slower, steadier gains for the year 2014. GLVAR reported Tuesday that single-family resale homes were at a median cost of $184,000 this past December, up from $149,000 in December 2012. We've seen a strong appreciation over the past two years that has been leveling out in recent months. Among the homes sold last year, 62 percent of the transactions consisted of traditional sales, which has nearly doubled that of 2012's count of 37 percent.

Check out the article for more data:
http://www.reviewjournal.com/business/las-vegas-housing-ends-2013-way-it-started-big-annual-price-gains 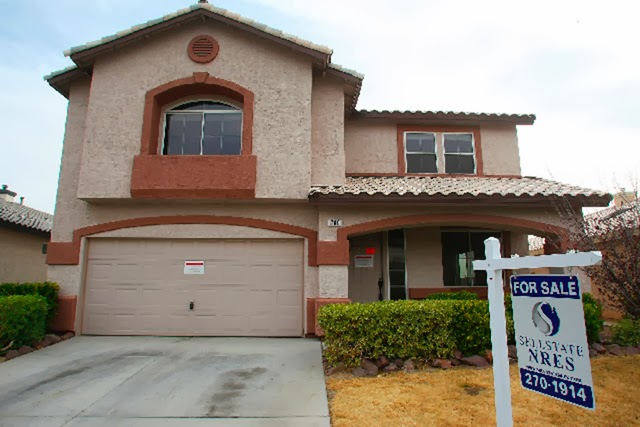 Source: REVIEWJOURNAL.com
at 1:41 PM No comments:

According to predictions by In Money magazine, housing price gains are expected to be about half as strong as they were in 2013. CoreLogic Case-Shiller is forecasting a 6.8% rise in the median home value for 2014. This is good news for a sustainable market recovery, as it will elicit a better balance between buyers and sellers - inviting just enough sellers onto the market, but not too many. Inventory is already improving, and should continue to improve although we still have some ground to cover before reaching historical norms. The improving market also means fewer distressed homes, which is expected to lessen investor activity nationwide.

To stay on the cutting edge of market activity and make the right decisions as a buyer, seller, or owner, click the link below to find out what CNN Money suggests you do to stay sharp in today's housing market:
http://money.cnn.com/2013/12/09/real_estate/housing-outlook-2014.moneymag/index.html 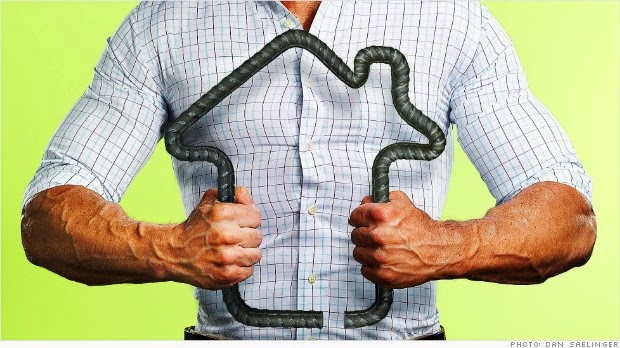 Zillow CEO Spencer Rascoff suggests that the "sand states" including Nevada, which happen to be the states hit hardest by the recession, are now experiencing booming real estate markets with rapid appreciation. Find out what else Rascoff has to say about recent housing trends by viewing the CNN Money video below.

Link to video:
http://money.cnn.com/video/technology/2013/12/04/t-zillow-ceo-spencer-rascoff-hottest-housing-markets.cnnmoney
Source: MONEY.CNN.com
at 10:52 AM No comments: