This past Monday, Senator Harry Reid defended the economic impact of renewable energy in Nevada.  He attributed such projects with creating "thousands and thousands of jobs", although many of these jobs are short-term.  Similar to the building of a highway, lots of jobs are created to construct one, then a smaller number is kept to keep the highway in working condition.

The government distributed over $14 billion in grants and loan guarantees to renewable energy projects between 2007-2010 in hopes to spark the industry during the recession. A 2013 study by the American Council on Renewable Energy points out that 21,861 jobs in Nevada are associated with "green goods and services". This is a Bureau of Labor Statistics category that includes jobs in businesses "that benefit the environment or conserve natural resources".

In response to skepticism toward the job benefits of renewable energy projects, Reid cited MGM Resorts as a company that incorporates environmental concerns into their business model.  The company will be including rooftop solar in its $375 million arena project that broke ground off the Strip in May, and it currently boasts its City Center complex as the largest green project in North America.  Jim Murren, Chairman of MGM Resorts International, told the Review Journal, "MGM determined long ago it needed to be a more careful steward of the environment. We have decided as a company many years ago we would invest literally now billions of dollars in clean energy."

Link to the article:
http://www.reviewjournal.com/news/water-environment/renewable-energy-creating-thousands-nevada-jobs-reid-says 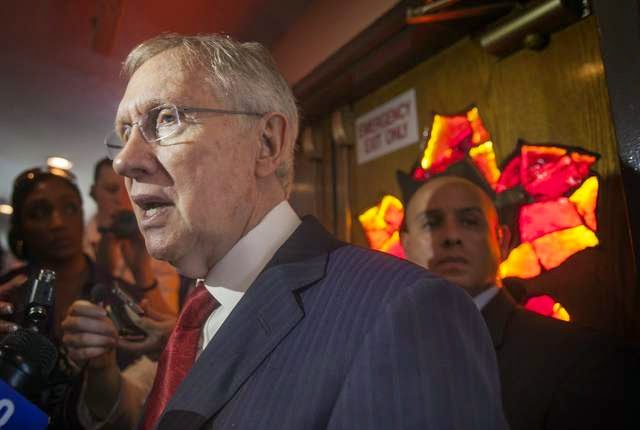