Ikea announced yesterday that is plans to open its first store in Las Vegas at Sunset Road and Durango Drive near the 215 Beltway. The store is expected to open to the Las Vegas market in the summer of 2016 with 351,000 square feet of lot space over 26 acres. The store will provide 300 full and part-time jobs and its famous dine-in cafe (known for their fan-favorite Swedish meatballs).

Ikea officials said they had been eyeing the Las Vegas market for a decade as it was approaching Ikea's minimum market size of 2 million people. When they found a lot large enough, officials finally made their move. Fans of the assemble-it-yourself furniture retailer and Clark County government officials welcomed the news with open arms.

"Clark County is moving up to the next level," said Steve Sisolak, the county commission chairman. The Swedish company noted in their statement that they already had 101,000 customers in the Las Vegas area prior to the announcement.

The below photos show renderings of street and aerial views of the proposed Ikea store to arrive in Las Vegas. 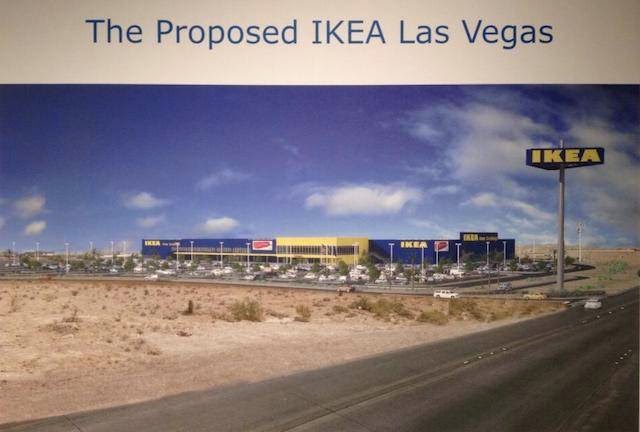 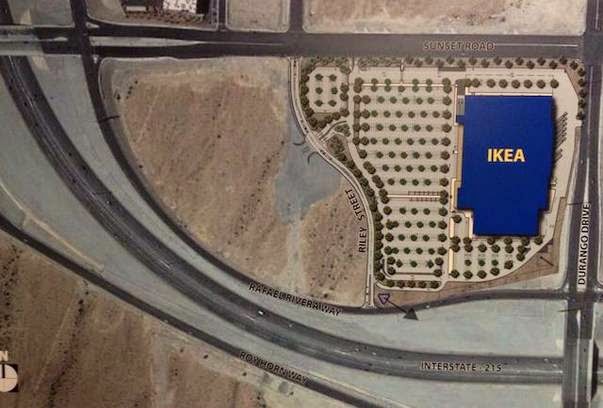