Who are the Largest Foreign Buyers of Real Estate? 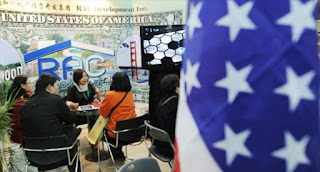 According to a recent article by AFP, "Chinese nationals became the largest foreign buyers of US homes last year as they pour billions into American real estate, seeking safe offshore assets, according to a new study."

"What makes China different and noteworthy is the combination of the high volume of investment (and) the breadth of its participation across all real estate categories,” including a “somewhat unique entry into residential purchases,” the study said.


Between 2010 and 2015, Chinese buyers put more than $17 billion into US commercial real estate, with half of that spent last year alone.
But during the same period at least $93 billion went into US homes. And in the 12 months to March 2015, the latest period for which relatively comprehensive data could be gathered, home purchases totaled $28.5 billion.
That put the Chinese past Canadians, who have long been the biggest foreign buyers of US residential real estate.
Geographically, Chinese buyers are concentrated in the most expensive markets: New York, Los Angeles, San Francisco and Seattle. But Chicago, Miami and Las Vegas have also drawn buyers.
The motivations are broad: some are buying second homes, some are buying as they move to the United States on EB-5 investor visas; some are investing for rental and resale.