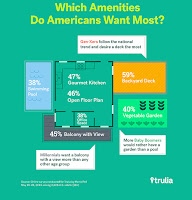 As it turns out, most Americans have a pretty clear idea of what they want in their ideal home - and it doesn't involve living large. This may be surprising to some, but as it turns out bigger isn't always better.

“Most people want a mid-sized, modern home in the suburbs with a backyard deck,” said Selma Hepp, chief economist of Trulia. “Americans are pretty realistic and practical when it comes to what they want in their dream home.”

Here are the top 3 features, broken down in numbers: 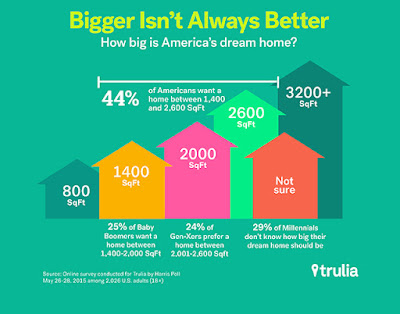