According to a new report from RealtyTrac, investors are buying homes as often in Las Vegas as they are internationally. This is a drastic change from recent years in which local home deals in Las Vegas far outpaced the national average - eliciting a huge spike in investor activity throughout the Vegas area. 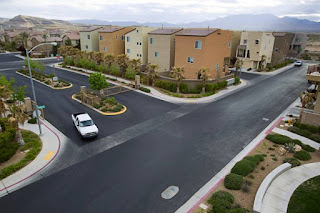 When bargain-hunting investors swarmed the Las Vegas market to buy cheap homes and turn them into rentals, they helped revive the market by driving up prices at some of the fastest rates nationally. This raised fears of another housing bubble, but instead of adding fuel to the flame - investors have instead been steadily pulling back from the market.

Institutional investors who purchase at least 10 homes annually bought 1.9 percent of homes sold in Las Vegas in the first half of the year, down 8.6 percent from the year prior. Nationally, investors made home purchases at approximately the same percentage for the first half of 2015.

According to the Greater Las Vegas Association of Realtors, about 28 percent of homes sold in June in Southern Nevada were purchased in cash, also down from 35 percent the year before and far below the February 2013 peak of 60 percent.

Check out the vegasinc article to read more on the story: http://vegasinc.com/business/real-estate/2015/jul/22/home-purchases-investors-las-vegas-par-national/