A report released by the U.S. government's Commerce Department in early December says that new-home sales are surging, as the seasonally adjusted annual rate for new single family home sales reached its highest level in six months. Total sales rose nearly 22% from the previous year, and experienced a 25.4% increase in annual sales rate. Even with this impressive jump, the rate still remains less than half that of the housing bubble peak when annual rates had topped 1 million in 2006.
Experts suggest that this year's stock mark gains may be a primary factor in driving the housing market, as well as buyer motivation that has resulted from easier financing. 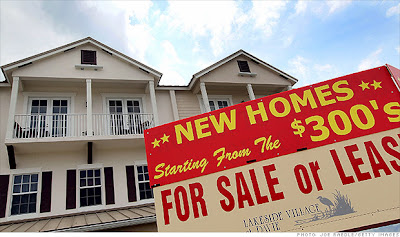