A national home-price survey showed several cities, including Las Vegas, revealing annual gains of more than 20 percent.The data point to the self-sustaining expansion the Federal Reserve is seeking to nurture as rising property values boost household wealth and spending, while businesses invest in new equipment to meet growing demand. Stocks climbed, with the Standard & Poor’s 500 index rebounding from a nine-week low, as the figures supported forecasts that the economy will overcome a midyear slump and accelerate in the second half of 2013... Values of existing properties also are accelerating. Home prices in 20 U.S. cities rose 12.1 percent in April from the same month last year, the biggest year-over-year gain since March 2006, a report from S&P/Case-Shiller showed. 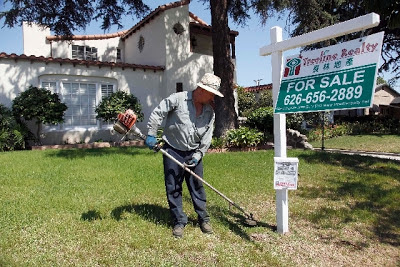 Source: REVIEWJOURNAL.com
at 10:52 AM